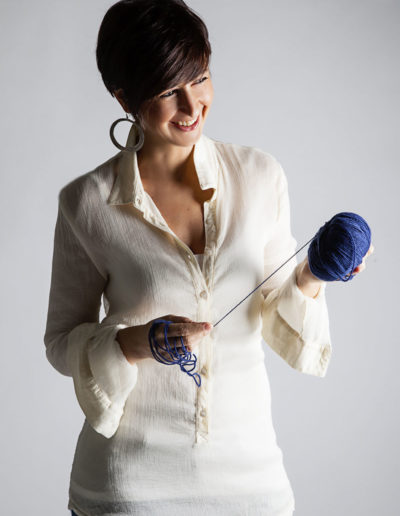 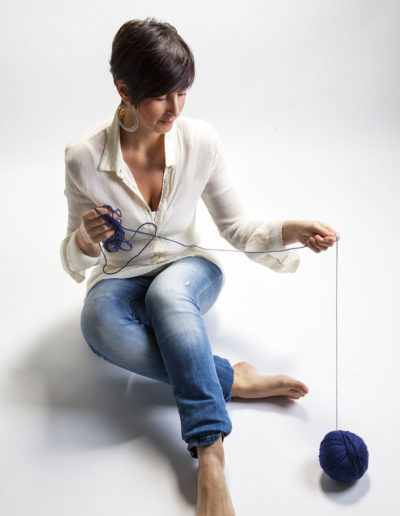 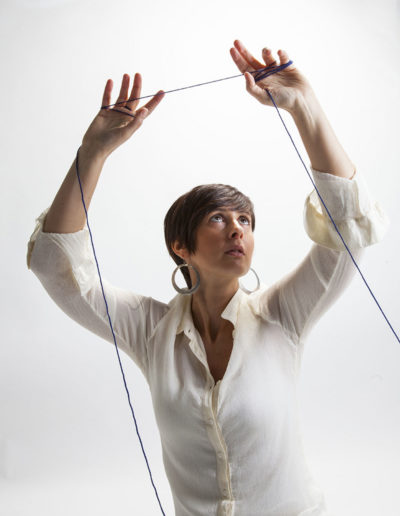 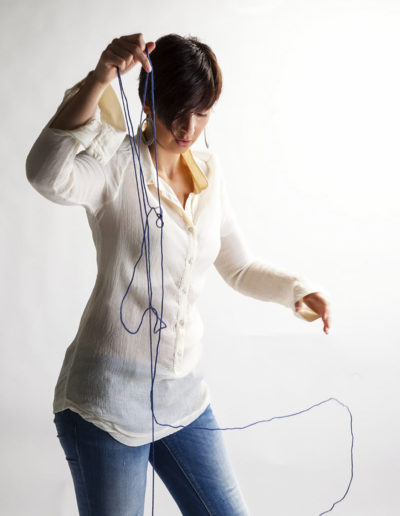 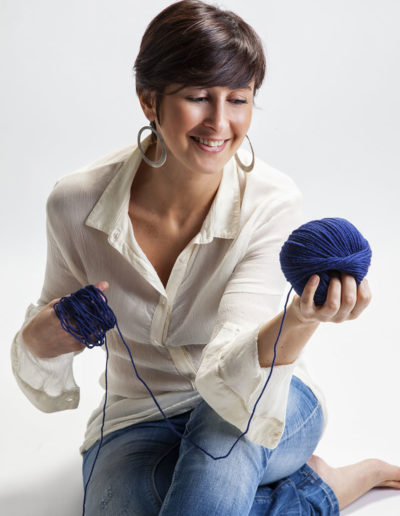 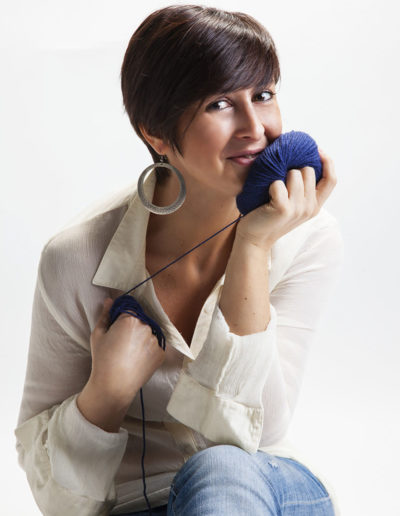 An important reassessment of the twentieth century Tuscan composers

The release of a CD dedicated to the Tuscan music of the second half of the twentieth century is a rare and very precious event, as well as unusual, as the market tends only to be attracted towards repertoire music, and certainly not to the minor niche area of virtually unknown composers, irrespective of their value. It is for this precise reason that this release is to be appreciated, as it fills a musical and cultural gap and satisfies the need to get to know music and composers whose contribution to recent musical history relates not only to Tuscany but to Italy as a whole. And if we consider that this initiative is the work of a young pianist, it becomes even more valuable and implies that not all young people adhere to cultural uniformity, which gives us hope for the future.

In this interpretation, Baldaccini has embraced the sound, and allowed herself to be guided by vibrations of an interior as well as a musical nature. This is a process of exploration which can be achieved only through an act of devotion and respect for the score and all its component elements, to internalise the music and feel free to live within it and discover its most secret truths. The interpretation of the pieces by Bonamici, Giani Luporini and Zangelmi are a haunting demonstration of how long Baldaccini has lived within the world of sounds, before sitting down at the piano and presenting us with these shimmering pieces. The execution of the works of Prosperi is closer to a formal ideal, and justly so, but it has a touch of originality which renders the formal profiles of a pseudo-classical but vibrant piece very lively.

Baldaccini has been involved for some time now in this absolutely innovative project of reconstructing the key works of Tuscan piano music which, as in this CD, includes composers born in the twenties and thirties, starting with Carlo Prosperi (Florence, 1921-1989), who was not only a great composer but also an important teacher of composition at the Conservatory of Florence. In the fluctuating history and geography of the period following the second world war, his music offers an example of coherence and artistic probity, expressed with a personal style of extraordinary, multilayered tonal fantasy.

The Sonatina profana is the first composition in the catalogue of Prosperi, written in 1943, during his study period. The composer only authorised its execution after revising the piece in 1968. The term 'profane' here refers to the teasing note of the piece, in which the irony is directed towards the academic sonata form. The piece consists of three movements, In modo andaluso, Arietta and Gran finale. The first follows the form and spirit of the rondo, and is of Spanish inspiration. The writing is agile, lucid and linear, as in the joyful Arietta. The Gran finale follows a dual theme and is based on a poly-harmonic. The piano technique owes a debt to Prokofiev.
Intervalli was composed exactly 10 years later (1953) and arises from the idea of alternating very short fragments of sound with a silence which is rigorously measured between one fragment and the next. There are nine of these mini-pieces, whose titles explicitly reflect the ways in which they are written: Armonia, Terze, Trillo, Melodia, Ribattuto, Progressioni, Due voci, Tre voci, and Riepilogo. By comparison with the Sonatina profana, the composer's approach here is of a serial, pointillist nature, which however never loses sight of the musical discourse. For all its miniaturisation, it retains its loquaciousness and emotional impact.[1]

Piero Luigi Zangelmi (Turin 1927-Ameglia 2004) also taught at the ‘Cherubini’ Conservatory of Florence, but continued to have links with the culture of Turin, and consequently to the French tradition, symbolism especially. With an almost rhapsodic sense of freedom, he was able to create states of stupor by exploiting melodic cells and moments suspended in time. He perfected a 'blue sound' poetic,[2] which relates to the possibility of sounding out the concealed states of the human psyche, as in Blu 4 (1974) ), which conveys a sense of nocturnal expectation, a spatial time veering towards silence. The piece is constructed on a permutation of sonorous episodes which create a parabolic structure.

Giuseppe Bonamici (Pisa, 1936-1978) graduated under Prosperi in 1975 and, in his compositions of the seventies, abandoned tonality and moved towards a personal, and careful, selection of sounds, taking up the narrative pointillism of his mentor. His Tre movimenti were begun in 1968 and completed 1976. The first is agitated and nervous, the second meditative and the third impetuous. Quando il vento racconta sulla antiche pietre (1976) contains three minor variants, but is of little substantial significance and demonstrates the poetic imagination and visionary nature of this unfortunate composer, who died young but, in his later compositions above all, such as those included in this CD, was capable of expressing an original style inspired by his personal meditations.[3]

Gaetano Giani Luporini (Lucca, 1936) also taught at the Conservatory of Florence, before becoming director of the Conservatory of Lucca, and both of those institutions inspire his style, with the typical construction of Florentine rationalism on the one hand and that elegiac sense which is an essential part of the art of Lucca on the other. In Florence, Giani Luporini studied with Roberto Lupi, from whom he learned the secrets of anthroposophy. His music is strongly influenced by these studies, as is demonstrated by the Nove Mantram (2000, with the final ‘m’ giving an added phonic effect), which Baldaccini has played on several occasions in the composer's presence. The titles of these nine mantras are Domanda, Anelito, Gravitazione celeste, Volere e libertà, Canto angelico, Vita nei cristalli, Memorie egiziane, Respiri intervallari and Verso la luce. The titles themselves (Question, Yearning, Celestial Gravitation, Will and Freedom, Angelic Song, Life in Crystals, Egyptian Memories, Spaced Out Breaths and Towards the Light) are expressions of the spiritualistic universe to which they refer. Baldaccini takes great care to link the physical sounds with that which goes beyond the human realm, in the religious sense (in etymological terms, that which links the world of sense with the beyond-sense). Giani Luporini understands sound not as an interval, in the traditional conception, but as an entity, following the spiritualistic teachings of Lupi. In the words of the composer, "The Mantram are the result of troubled meditations on the evocative tension of certain intervals, an interior study of cosmic and human history, in the light of a renewed awareness of Thought-Feeling-Desire".[4]

If approval is one of the main problems in our (un)civilisation, we have to be grateful to Baldaccini for presenting this music to us, and for executing it passionately, with her mind and her heart.

[1] See Renzo Cresti, Carlo Prosperi, GIMC, Lucca 1993.
[2] Piero Luigi Zangelmi, Il mio suono blu, Miano, Milano 1994: «That lonely sound that allows us to investigate inside yourself. It is not about just a simple sound, sometimes is a chord or a thematic riff. Why the blue? Because it is the color of the dreamlike state.» Baldaccini refers to this ‘blue sound’ poetic in the photos of the CD
[3] See AA. VV., Giuseppe Bonamici, a cura di Sergio Pernigotti, Giardini, Pisa 1987.
[4] In Renzo Cresti, Gaetano Giani Luporini, musica fra utopia e tradizione, LIM Antiqua, Lucca 2005.